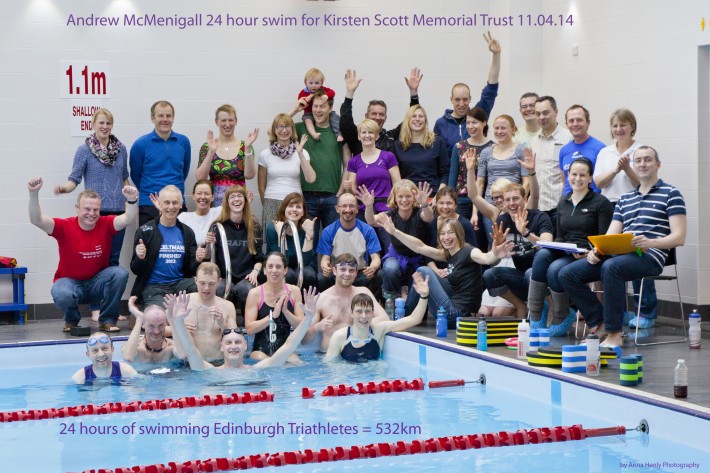 In April, members of the Edinburgh Triathletes club took part in a 24 hour swim in aid of KSMT in memory of Andrew McMenigall, who at the time of his tragic death last year, was cycling from Land’s End to John O’Groats to fundraise for the Trust.

The swimming challenge was in keeping with Andrew’s own physical endeavours, who was a triathlon coach with the club. The teams of 2, 3, 4 , 6 or more each completed a swim for an hour at a time, until the 24 hours were up.

Over the 24 hours they swam a collective total of 532km and so far have raised nearly £7,500 for the Trust. Congratulations to everyone at Edinburgh Triathletes and thanks for your fantastic support. 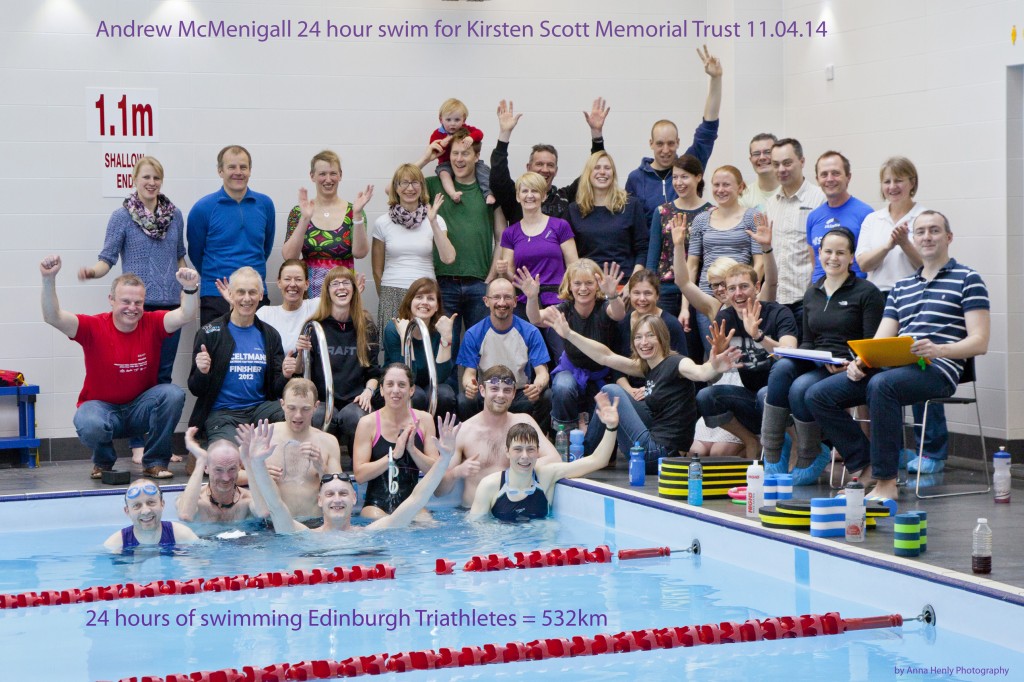